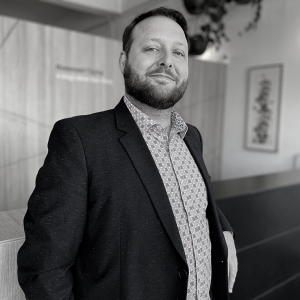 What can the wage theft scandal teach us about immigration compliance?

When news of the mass underpayment of 7-Eleven workers broke in 2015, Australians were rightly shocked. 7-Eleven workers, largely international students, had been underpaid to the tune of more than A$160 million. Time sheets and rosters had been doctored to feign legal compliance.

Five years on, the Fair Work Ombudsman (FWO) remains under considerable pressure to ‘send a strong message of deterrence to would-be lawbreakers’ (Sandra Parker, FWO). Joint investigations conducted by the FWO and Department of Immigration and Border Protection (DIBP) have resulted in heavy financial penalties for non-compliant employers. The focus of enforcement activity has broadened to include conduct within franchise groups and supply chains as well as the knowledge or complicity of directors and senior management in underpayment. In Victoria, ‘wage theft’ is now a criminal offence, and other states are poised to follow suit.

So, what does the wage theft scandal mean for immigration compliance?

The wage theft scandal embodies a critically important message about regulation: no regulatory approach is ever set in stone. Years of regulatory inaction can be reversed overnight in response to shifts in media scrutiny, public opinion, and government priorities. Previously siloed regulators can begin to collaborate in joint enforcement activity. The understanding of prosecution as an option of last resort can be turned on its head. The target of regulatory action and public approbation can shift from direct employers to allegedly predatory business models.

Underpayment and exploitation of migrant workers has always existed in pockets of the Australian economy. In fact, the problems at 7-Eleven had been known to regulators for many years. But the notion of ‘wage theft’ was previously confined to a small number of trade unions and workers’ rights activists. Following a stream of government inquiries and media investigations, public attitudes have profoundly shifted. ‘Wage theft’ is now considered a serious political, social, economic, and regulatory problem. Underpayment of workers is widely assumed to be intentional, and regulators are expected to respond. Public anger is no longer quelled by claims of ‘bad apples’ or ‘honest mistakes’ by employers. Many argue the FWO has been far too cautious in its approach to enforcement.

In a series of high-profile cases, industry stalwarts including Dominos, Caltex, Wesfarmers, Qantas, Coles, Spotlight, the Commonwealth Bank, and Woolworths have paid the reputational price for their former complacency.

The lesson is clear: a ‘light’ approach to regulation today does not guarantee a ‘light’ approach tomorrow. This same lesson was learned, at great cost, by the Australian banking sector. In the wake of the Hayne Royal Commission, all four major banks were prosecuted for historical conduct which had previously been the subject of private negotiation. Two years later, public anger remains fierce and regulatory scrutiny intense. The financial and reputational fallout continues.

Could your company afford to lose access to international talent?

In the immigration space, the decisions you make today can affect your business for seven years to come. Potential penalties are significant. While the government has, thus far, shown little appetite for prosecution, we have seen substantial financial penalties and cancellation of visa sponsorship rights. Organisational stakeholders therefore have a responsibility to consider the potential future impacts of non-compliance. Businesses must make sure that they have no skeletons in the closet. Even an accidental oversight could have serious repercussions when the regulatory tides shift.

To safeguard your company’s future, you need an effective system to identify immigration requirements and ensure ongoing compliance. Combining online training, workforce management, and an extensive knowledge base, Complize offers a user-friendly toolkit to control immigration risks faced by your business.

Kylie Lacey, Regulatory Compliance Consultant.
Kylie is completing her PhD in Political Science at the University of Western Australia, where her doctoral thesis focuses on regulatory compliance, CSR, and business ethics in the Australian banking sector.

Receive the most up-to-date immigration law and compliance information